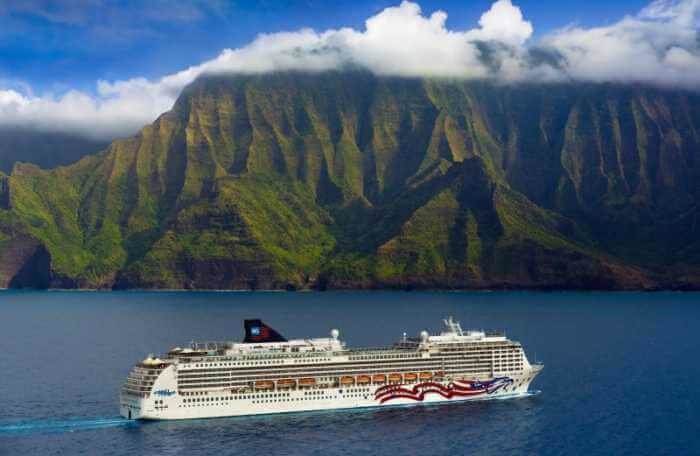 Most cruises in the U.S. go to islands in the Caribbean Sea, or other islands like the Bahamas which are technically in the Atlantic.
Cruises to the Caribbean usually go to either the Western Caribbean, Eastern Caribbean, or Southern Caribbean.
To see map of where cruises depart from in the U.S., and go to in the Caribbean, click here!
There are also cruises departing from California which go to Mexican ports like Cabo San Lucas and Mazatlan.
Cruises from Seattle and Vancouver go to Alaska.
There are a few 15-day cruises which go from the West Coast of the U.S. to Hawaii, but most Hawaiian cruises begin and end in Hawaii.
There are many cruises departing from southern Europe which cruise to other ports in the Mediterranean Sea, usually either on the Western side of Italy toward Spain, or on the Eastern side toward the Greek Isles.
Cruises depart from Northern Europe cruise the North Sea to the Norwegian Fjords and cities in the Baltics and Russia.
Cruises go everywhere in the world, including all over Asia, Africa, the Middle East, Australia and New Zealand.
There are also TransAtlantic and Repositioning cruises which cross the Atlantic or Pacific Ocean.
Want to cruise through the Panama Canal?  You can do that!
______________________________________________________________________________________________
How Much Do Cruises Cost?
The price of a cruise could be anywhere between $200 and $20,000 per person!
Plus, the cruise lines change the price almost daily!
So there is no ONE price that we can tell you.
To determine the price we need to identify one specific ship and departure date.  But then, we need to know what type of cabin you prefer (least expensive, ocean view, balcony, etc), the number of people in the cabin, and your state of residence, military status, senior and past guest status.
Whew – you see how getting a price on a cruise can be kind of complicated!  But don’t worry, we’re experts and we can help.
There are over 300 cruise ships in the world cruising to hundreds of destinations.
Use cruise search tool to select when you want to go, where to and where from.
It’s the blue box in the right column on most pages of our website.
It will reveal a list of all cruises which fit your criteria and give you live pricing and cabin availability.
We can tell you generally that holiday weeks and summer months are the most expensive time to cruise.
And some cruise lines are definitely more affordable than others.
But, you can use our search tool to list all cruises in order of least expensive to most, so you can easily see what your best deals are.
Or contact us and we’ll create a customized list of your best options for you.
We’re open 7 days a week and we’d love to help.
[email protected]
Hope
Military Cruise Deals
866-964-5482